“The Wages of War without Strategy, Part III: Beyond the Present – A Call to Clausewitz and to Conscience.”  Coauthor, Jacqueline Tame.  Strategy Bridge.  August 2017.  https://thestrategybridge.org/the-bridge/2017/8/23/the-wages-of-war-without-strategy 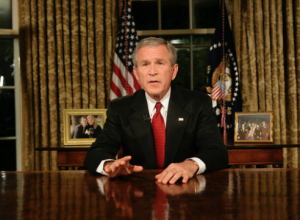 “Its grammar, indeed, may be its own, but not its logic. If that is so, then war cannot be divorced from political life; and whenever this occurs in our thinking about war, the many links that connect the two elements are destroyed and we are left with something pointless and devoid of sense.” – Carl von Clausewitz

In Part I of this series, we revisited the fundamentals of Clausewitz and urged the senior leadership in the new administration to consider lessons long observed, if rarely learned since Vietnam, about the intended distinctions between policy, strategy, and military operations. In Part II, we urged policy and military leaders to break from the mistakes of the past, underscoring the need for that introspection and more profound thinking on the nature of war, through an examination of our continued inability to align means and ways with achievable political ends in Afghanistan and Iraq.

In this––our final installment––we appeal to each element of the Clausewitzian Trinity to do its part. To remain silent as practitioners of policy and war, we believe, would perpetuate the betrayal of those troops and civilians––American and foreign––who have made the ultimate sacrifice for reasons this country still struggles to articulate.

Last year’s election paralleled that of 2008 in an interesting way––the political expediency of campaigning on war, or in this case, anti-war. Much like we saw in the 2016 Presidential elections, in 2008, with nearly a trillion spent, thousands dead, no common understanding of the implication of our actions, and no end in sight, America’s public and its allies were war-weary. Just as Mr. Trump publicly advocated for withdrawal, candidate Barack Obama campaigned on withdrawing from Iraq. Obama spoke of his resolve to, once and for all, end the “seemingly endless War on Terrorism,” a ‘war’ whose unwinnable nature was manifest in our actions in Iraq, which, “in turn, compromisedthe U.S. campaign against al Qaeda.”

In that 2008 election season, the other candidates continued to mince Clausewitz’s words for political expediency. But this time the speechmaking was different. The words that candidate Obama used indicated a willingness to stop and evaluate where we were. He seemed to be pledging to think, to reflect, to pull back – certainly militarily, perhaps even intellectually – and reorient the country. He appeared to be advocating reclamation of the political objectives that should be driving U.S. actions, certainly those of a military nature. Candidate Obama, essentially, vowed to reinstate the key Clausewitz axiom––War is not merely an act of policy but a true political instrument, a continuation of political intercourse, carried on with other means––and other deeper and more meaningful insights from Clausewitz’s work. 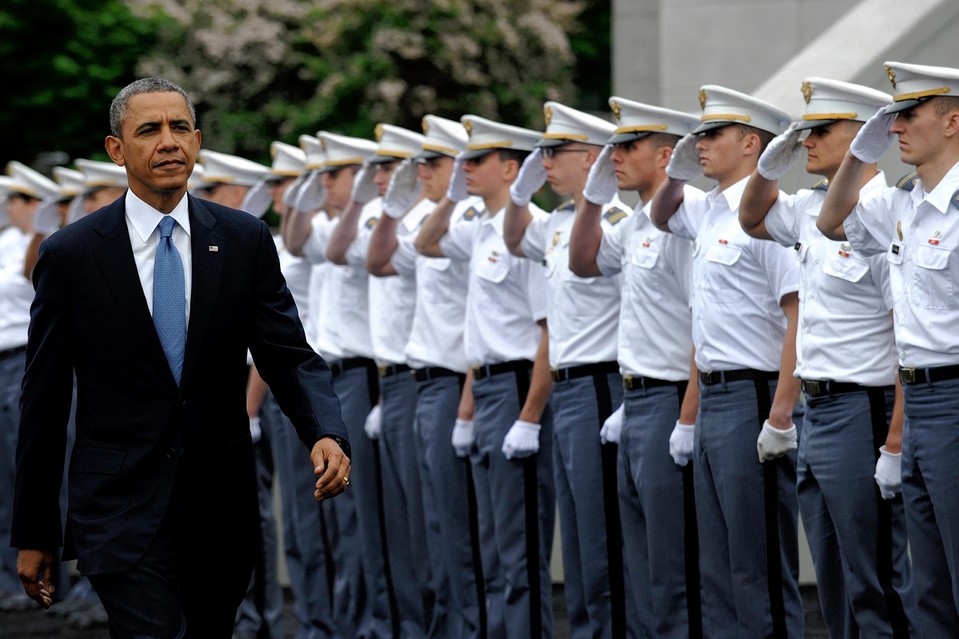 President Obama arrives at the U.S. Military Academy at West Point, N.Y., May 28

In January 2009, President Obama took office and became responsible for two wars. In 2011, following Iraq’s refusal to sign a Status of Forces Agreement (SOFA), the White House announced the complete withdrawal of U.S. troops from Iraq, ending the 8-year U.S. military occupation. With ephemeral and not irreversible momentum, the world and the extremists watched as U.S. forces withdrew from Iraq in view of the difficulties associated with the Maliki Government’s recalcitrance over the status of forces. The United States’ senior security establishment seemed compelled to satisfice with impermanent operational momentum instead of tenable strategic ends. In that instance, however, the policy objective was to end the occupation.

Reversible tactical and operational gains without irreversible internal political stability in Iraq had potentially grave implications and consequences for the strategic situation in Iraq and Syria. America turned its attention away from the fragile sectarian tinderbox it left in its wake in Iraq, back toward a neglected theater then still facing a stalemate with the insurgency in Afghanistan, and to a renewed strategic emphasis on Asia Pacific. But the client government the Bush (George W.) Administration installed under then Iraqi Prime Minister Nouri al-Maliki became, not surprisingly, increasingly factional and untenable.

Once again the Sunnis, armed, trained, funded, and employed to good effect by the U.S. during the surge just a few years earlier, were utterly disenfranchised and aggrieved as Maliki de-professionalized the army, replacing once-U.S. allies with Shia loyalists. Not unforeseeably, these untrained loyalists, who essentially became Iraq’s frontline security forces, almost immediately dropped their weaponsand ran at the first sign of ISIS’s rapid ascent and advance when the group declared itself a caliphate in 2014. ISIS, whose predecessors date back to 2004 and before, is the most recent evolution of al Qaeda in Iraq, a group that derived influence and support from the massive missteps that characterized the U.S. invasion and occupation of Iraq. ISIS became significantly emboldened by the yet again-disenfranchised Sunnis remaining in the wake of the American withdrawal, when Iraq was still unstable in 2011.

At the end of stage three in the evolution of the threats America faces today, precarious and reversible ways, means, and ends did not prevent the metamorphosis of al Qaeda in Iraq (War, Inc.’s Monster Version 3.0) into the Islamic State of Iraq and al-Sham, or ISIS (War, Inc.’s Monster Version 4.0). The invasion of Iraq in 2003, the most costly blunder in America’s remembered history, was an abysmally imprudent idea that continues to compound.

As memories of America’s 2016 presidential election fade, having observed the results of the last several cycles contribute markedly to our situation today, many are still worried. We worry that history will continue to compound, lessons will go unheeded, and the intended relationship among ends, ways, and means will be misapplied or willfully distorted by the future crop of senior security leaders. These concerns stem from a sense that the United States may once again be engaging in military actions and operations, now against ISIS, without a discernibly compelling strategy for the long term. 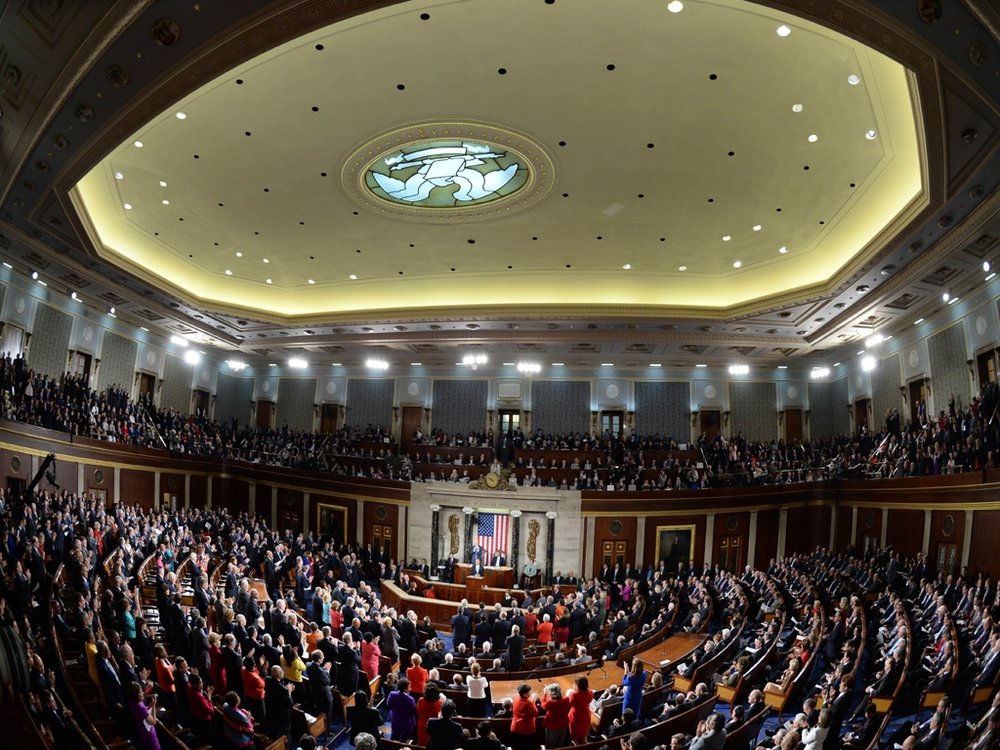 As odious a monster as ISIS has proven to be, and as equally terrible as its predecessor versions were, none ever posed an existential threat to the United States. The world should be far more afraid of what this group might become next, as a consequence of our actions or inaction and mistaking and substituting military operations for strategy. American citizens should fear the new enemies, state and non-state, that may emerge because of a willful or unwitting reliance on lethal strikes with fleeting results. They should question policymakers who seem intellectually incapable or, more disconcertingly, unwilling to think critically and speak honestly about America’s role on the world’s stage and to craft meaningful policies to achieve national objectives.

A CALL TO CONSCIENCE

So why write this series? We are not the first to note and lament the questionable policy and strategy coherence over the past half-century. The ideas in this piece are not essentially new or earth shattering. We are writing because to remain aloof and silent would make us, as professionals and representatives of two components of the Trinity, complicit in the continued blurring and conflation of policy, strategy, and military action. For those of us who are students and practitioners of war, silence and acceptance without counterargument is tantamount to blindly endorsing bad ideas for bad wars, absent any strategic rationality. In the first part of the first decade of this century, this country has unfortunately witnessed episodes of mistaking loyal and informed candor for unpatriotic apostasy.

There seems to be tacit acceptance of the idea that raising objections to war or its potential is not being supportive of our troops. In fact, the opposite is true. To remain muted as potential future policy practitioners and current pundits distort Clausewitz’s words and misunderstand or misrepresent the fundamental logic of war, would betray the noble service and sacrifices of thousands of troops and civilians who have already lost limbs or lives for reasons the country has struggled to articulate.

A RETURN TO THE INTENT OF THE AXIOM

Whatever approach we ultimately select in the Middle East and South Asia should involve an inclusive, coherent, trans-regional approach to internal politics. A viable long-term strategic solution must also rely on diplomacy, trans-regional cooperation, and local political solutions that reduce or remove the underlying reasons for the real and perceived grievances that catalyze support for violence. This includes efforts to achieve better governance that addresses the grievances and expectations of all segments of the populations. To create some prospect for ending this long war, or even to avoid its ending in ways that undermine our long-term security and global stability, within some reasonably foreseeable future, the U.S. national security leadership should seriously revisit the meaning of and need for a strategy with an end that envisions peace.

Defeat, would require a strategy to undermine both the will and capacity of al Qaeda, ISIS, the Taliban, and the states that provide material, ideological, and sanctuary support. What is necessary for the long term is a well-thought out and sustainable counter-ideology strategy that is clear-eyed and ruthless about shutting resources such as funding, madrassas, and non-state organizations that propagate the Salafi-Wahhabi-Jihadist creed. This requires prudence, patience, and perseverance, informed by knowledge and analysis.

ISIS is indeed a vile monster, and one that U.S. policy had a hand in helping bring about with its decision to invade Iraq. Iraq’s refusal to sign a SOFA and its demand that U.S. troops depart the country 8 years later, without having stabilized or secured the country, exacerbated an already bad decision and likely expedited the likelihood of the birth of a group such as ISIS. The fact that U.S. policy partially, if unintentionally, underwrote the ISIS’ creation renders it even more critical that we now aid in the solution to the havoc the group wreaks. ISIS threatens every government in the region. A strategy whose objectives would translate into annihilating the group and quashing the ideology that drives it will be incredibly difficult but not impossible to determine and carry out. A future policy of more troops and more actions absent strategy will continue to contribute to endless war; likewise, carpet-bombing, or lighting ‘em up would not be measured or prudent in any sense of these words.

As Robert Wright shrewdly observed, “The part of ISIS’ rhetorical power worth contemplating is the part that we can do something about.” Successful recruitment to such groups seems associated with certain U.S. policies, to a vicious cycle of terror which the country inadvertently helped catalyze decades ago. This cycle is one that would be helpful to break imminently. “When recruiters for [groups like] ISIS and al Qaeda say that the West is fighting a war against Islam, they cite U.S. policies: drone strikes in Muslim countries, the imprisonment of Muslims in Guantánamo, the wars in Afghanistan and Iraq, perceived U.S. support for Israel’s treatment of Palestinians, and so on.”

The most pressing challenge for our newest senior leaders and policymakers is to break this vicious cycle, to “speak with all the humility that is appropriate to our limited vision.” Thinking through the potential difference between theory and practice should help considerably. A return to Clausewitz offers a first step.

Robert Cassidy, Ph.D., is a retired U.S. Army colonel who has served in Afghanistan, Iraq, and elsewhere in the Central Command region. He is the author of three books and a number of articles about strategy,irregular warfare, and Afghanistan.

Jacqueline Tame is an intelligence and national security professional who has worked throughout the Intelligence Community as a strategic planner and policy advisor.

The ideas in this series do not represent the views of the U.S. Department of Defense, the U.S. Government, or any of the institutions with which the authors affiliate.