Bob Cassidy is the Assistant Professor of the Practice in the Center for the Study of Public Life at Wesleyan.  He teaches a first-year seminar on good books and bad wars, a seminar on policy and strategy in war and peace, and a course that explores America’s policies and wars through film.

His teaching, research, and scholarship focus on international security, strategy, irregular war, and military culture.  He combines his experience in wars and contingency operations with his study and research in these areas to teach, write, and speak candidly as a scholar and practitioner.  His recent research, thinking, and writing has focused on short analyses on wars without a strategy.

Colonel (retired) Cassidy has master’s degrees in international relations and security studies from Boston University, the Fletcher School of Law and Diplomacy, and the Naval War College. He holds the Diplôme d’Études Supérieures de Défense from the École de Guerre.  Bob earned his doctorate from the Fletcher School. He is the author of three books and a number of articles.  The books are:  War, Will, and Warlords, Counterinsurgency and the Global War Terror,  and Peacekeeping in the Abyss. He taught on the Strategy and Policy and Joint Military Operations faculty at the Naval War College. He was also the Senior Army Advisor and a CNO Fellow in the CNO Strategic Studies Group from 2014 to 2015.

He has served in combat and contingencies in Grenada, Haiti, Iraq, and Afghanistan. He has served as a special assistant to two senior commanders in Afghanistan, a director of assessments for the Special Operations Joint Task Force-Afghanistan, a Task Force 714 chief planner and liaison to the Afghan theater commander, a battalion commander in Kuwait, a special assistant to the U.S. Army Europe Commander, a brigade operations officer (Iraq), a squadron executive officer in the 4th Infantry Division, an air cavalry troop commander in the 82nd Airborne Division, and as a support and scout platoon leader in the 8th Infantry Division. He was previously an international relations instructor at West Point and a Russian interrogator in the 82nd Airborne.

Bob is a senior fellow at the Center for Advanced Defense Studies and a member of the Pi Sigma Alpha National Political Science Honor Society.

His Army awards include the Bronze Star with four oak leaf clusters, the Ranger Tab, the Senior Parachutist Badge, the French Para Badge, and the Air Assault Badge. He is a graduate of the U.S. Army JFK Special Warfare Center SERE Course, the Infantry Captains Course, and the Rotary-Wing Aviator Course.

Bob is a New England native whose hobbies include hockey, skiing, half marathons, biking and traveling. 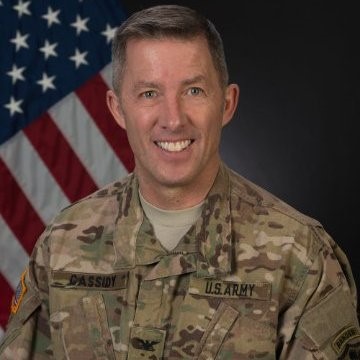